Indore Management Association organized a Film Show, based on the famous Hollywood movie “Pirates of Silicon Valley” for management professionals and students. The program was organized on Wednesday, March 09, 2016at IMA Meeting Room, Jall Auditorium, Indore. The Moderator for the session was Dr. Yogeshwari Phatak, Director, Prestige Institute of Management and Research, Indore. 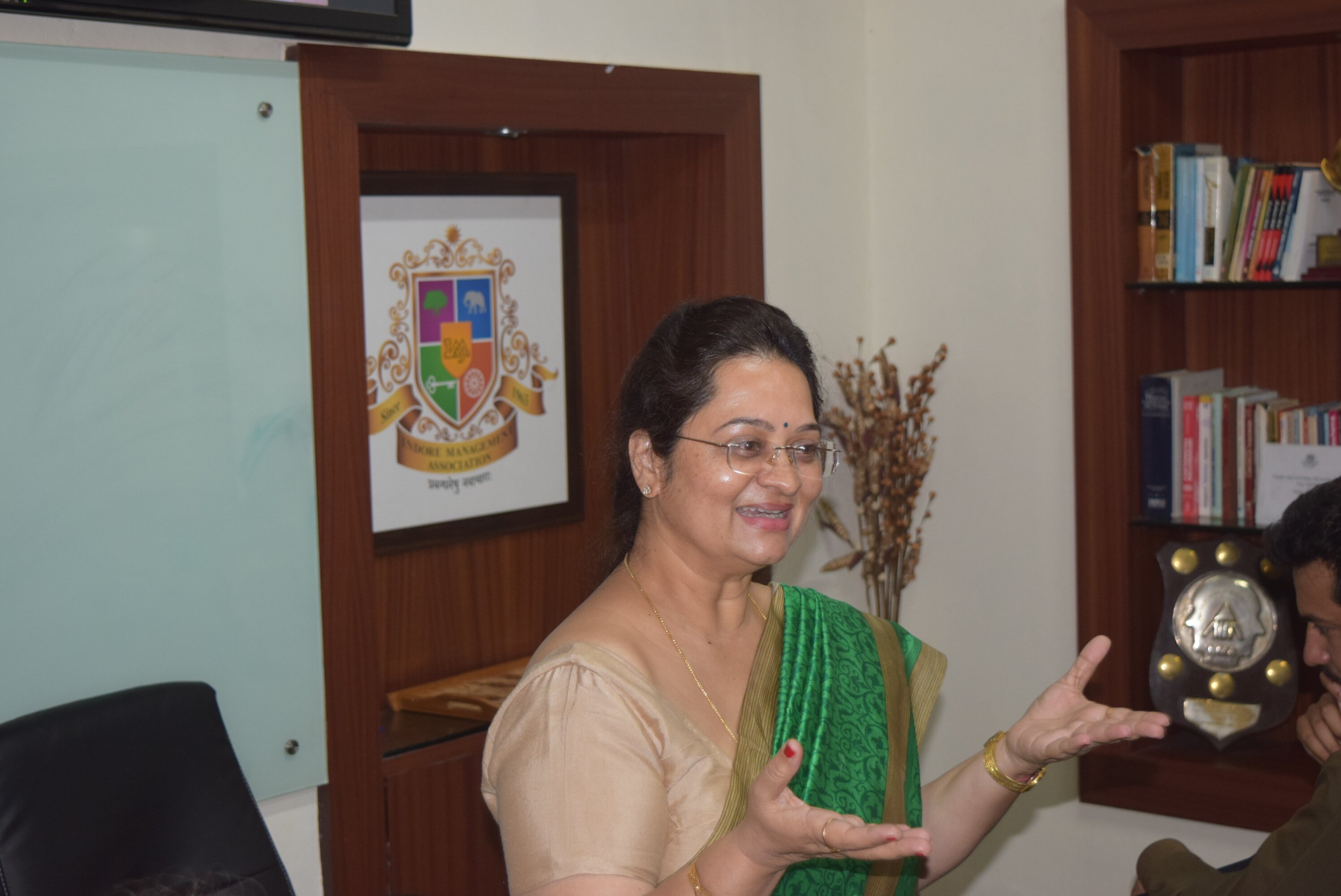 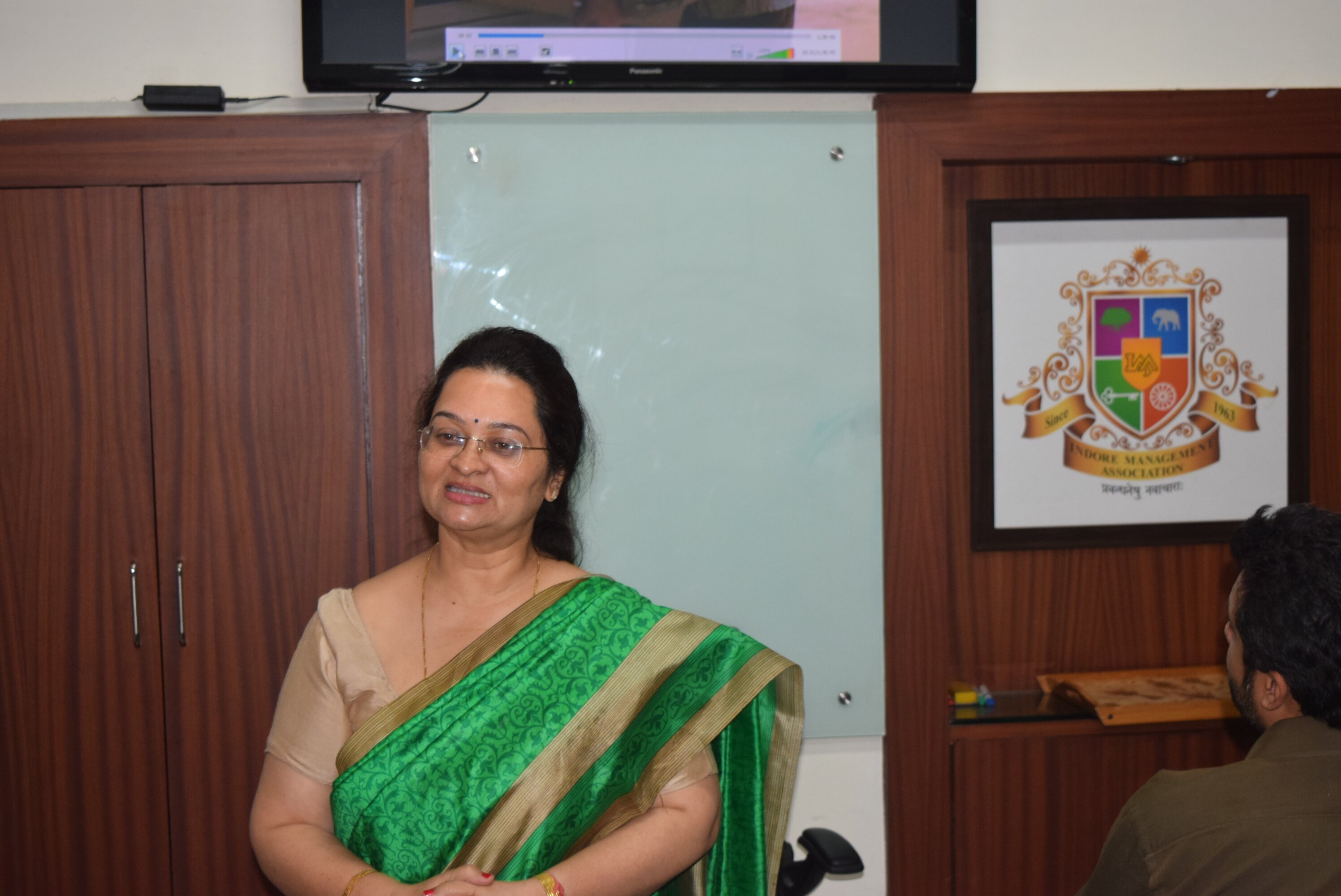 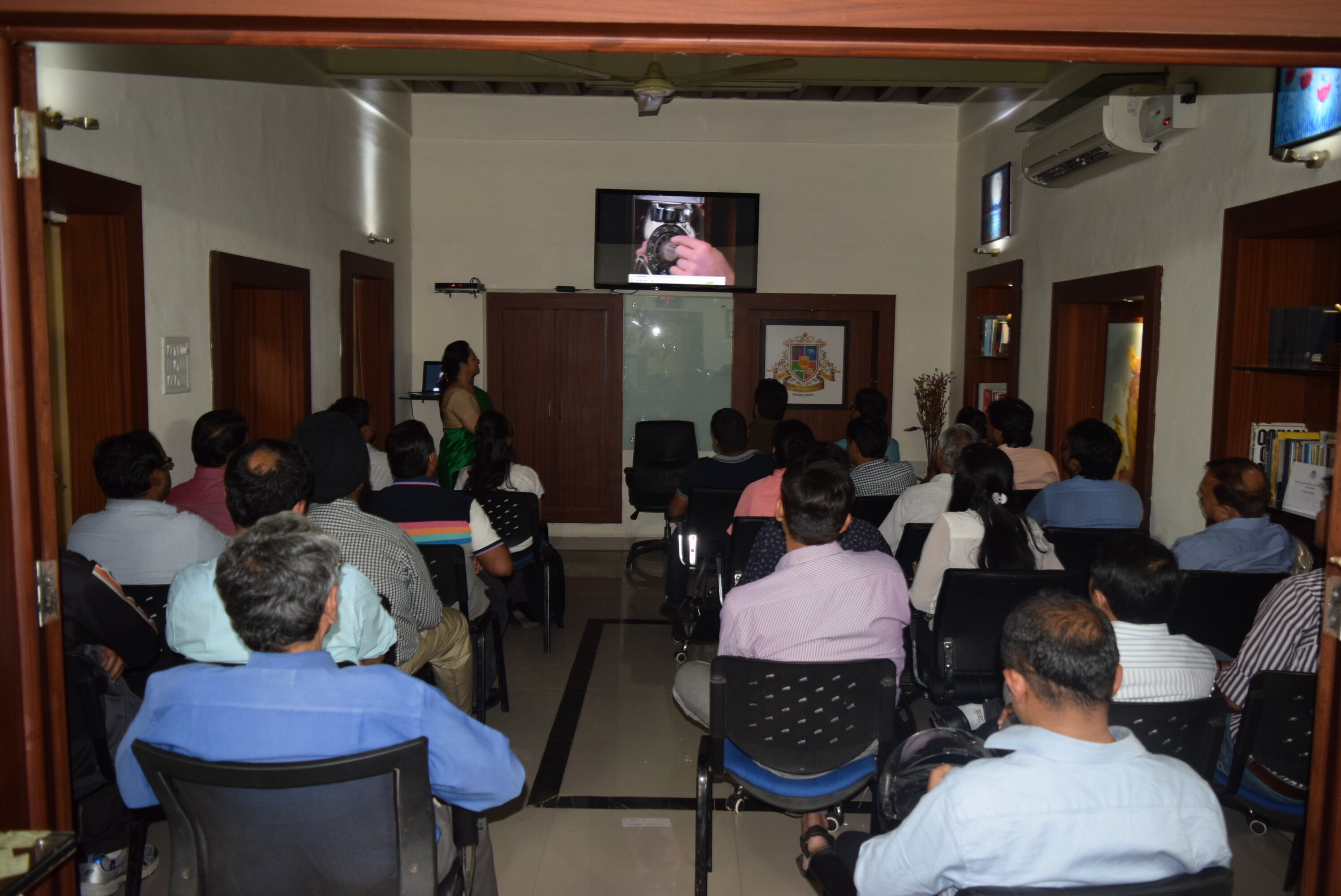 Dr. Yogeshwari Phatak is currently Director of Prestige Institute of Management and Research, Indore. She is a MBA (Finance) and PhD in the area of Finance. She is on the review panel of Pearson Publishing and Oxford Printing Press. She has edited 6 books on Management. She is a PhD research guide under Devi Ahilya VishwaVidyalaya. She is also on the advisory panel of MPFCs AKVN.

The Pirates of Silicon Valley is a semi-humorous biographical film about the men who made the world of technology what it is today, their struggles during college, the founding of their companies, and the ingenious actions they took to build up the global corporate empires of Apple Computer Corporation and Microsoft Inc.

Steve Jobs was born on Feb 24, 1955 in San Francisco, California. He was an orphan and was adopted by Paul Jobs who was a farmer’s son, with no college background. Steves adopted father had served in the military for a few years and changed a number of jobs in his lifetime and finally selected as a machinist .His economic condition was also poor. Once when Steve’s fourth Grade teacher asked him,” What in the world do you not understand?” Steves reply was “I don’t understand why all of a sudden we’re so broke!”

In this background with his father constantly changing jobs and places Steve had a free spirit and immense intelligence. This however, was misused and he often got into a lot of trouble at school and was termed a prankster. During one of his schools at eleven years of age he demonstrated strength of will, intensity of purpose and single mindedness which convinced his parents to resettle as Steve was unhappy in the present neighbourhood and refused to go to school (Mountains View Crittenden Junior High was a school which constantly saw fights and police intervention, making Steves pranks tame by comparison). Steve Jobs had a feel for electronics which he picked up in his neighbourhood which consisted of families working for Lockhead which was the primary contractor for NASA. Steve had great intensity driven by what his latest passion might be. As one of his acquaintances put it “Trying to have a conversation with Steve was like trying to drink a sip of water from a fire hose”.

The present paper evaluates the different theories in light of an Icon, “Steve Jobs” who is Steve Jobs currently as the CEO at Apple Inc. previously, Apple Computer, Inc. Apple is an American multinational corporation that designs and markets consumer electronics, computer software, and personal computers. The company’s best-known hardware products include the Macintosh line of computers, the iPod, the iPhone and the iPad. Steve Jobs besides being the CEO of Apple was also its co founder.

After leaving Apple, Steve had this desire to show everybody what he was and therefore, he started a company called NeXT. NeXT however, was not a resounding success. Quite by chance Steve stumbled into computer animation. On a visit to Lucas Film Studio, Steve Jobs was stunned by the computer animation graphics that he saw.

Early trait research did not consider the impact of situational variables that might moderate the relationship between leader traits and measures of leader effectiveness. A look at the behaviour of Steve shows that he continues to show consistency in behavior and does not seem to change with passage of time. In fact, his dominating behavior patterns of taking charge, enforcing what he wants and not being a peoples person do not seem to change with time. What also emerges is that Steve is most successful in crisis situations where the dictatorial leadership style works best to get the organization out of critical situations.