Children are the future of any nation and we ensure our future through our younger ones. More over if reports of the National Crime Records Bureau are to be followed, one child goes missing in the country every eight minutes, which is alarming and more alarming is the recent findings that, West Bengal is not as safe for children as it is often thought to be, particularly for minor girls, if one were to go by the recent data.

More worryingly is 55% per cent of those missing are girls and 45% of all missing children have remained untraceable as yet, which raises fears of the children been either killed or pushed into begging or prostitution rackets. Even though the state has recorded a miniscule 7.4% decrease in the number of missing children over the last 5 years (2010-2014), the scenario falls far short of expectation.

Looking at the scenario from the National Crime Record Bureau (NCRB) data lens, West Bengal was among the top 5 states in the country in Kidnapping & Abduction of children and accounts for 6% of such cases in the country. Cases related to kidnapping and abduction of minors in the state has grown by 60% over the last 5 years. Number of Kidnapping and Abduction cases in 2010 was 332 and over the last 5 years it rose to a whopping 2351 in West Bengal.

Another big area of concern is the gender skewing among missing children, as the Ministry of Home Affairs data reveals. Over 2010-2014, out of the 3.85 lakh children who went missing across the country, 61% were girls. A year-wise look at the gender-break up of missing children yields the following graph. We see that the share of girls is constantly 60% or more over the years. Further analysis shows that around 40% of the missing children each year remained untraced.

A recent trend analysis done by CRY – Child Rights and You based on the NCRB data also shows that almost 75% of the cases related to procuration of minor girls across the country are concentrated in just 4 states in the East and North Eastern region (WB, Assam, Bihar, Odisha), thus making this area a virtual hub of trafficking of minor girls. West Bengal alone accounts for more than 40% of the cases registered under Procuration of Minor Girls in India.

Elaborating further, he added, “The Optional Protocol on Trafficking which states that trafficking is an organized crime has been recently signed by India (India signed the Protocol in December 2002, and ratified the same on 5th May 2011) thus acknowledging the link between missing and trafficked children.”

However, according to Das, “these crimes can be prevented by all means. To achieve this, the most important step is to strengthen the existing safety-net for protection of children, and also to bring forth an overall protective environment for them, both in letter and spirit.”

“On-ground experience also goes on to show that many of such cases are not duly reported, thus the actual magnitude of the issue can never be fully reflected from the existing data-base. Even though the recent Govt. initiatives like ‘Track Child’ and ‘Khoya Paya’ web portals are aiming at maintaining real-time data of all missing children containing extensive identification details to facilitate matching of missing and recovered children, the care-givers and the community should become more proactive in recording all such cases and take immediate action,” he suggested.

According to National Crime Records Bureau, trafficking of minor girls the second most prevalent trafficking crime in India has surged 14 times over the last decade. It is increased to 65% in 2014 alone. Girls and women are the primary targets of immoral trafficking in India comprising 76 percent of all human trafficking cases nationwide over a decade according to NCRB.

As many as 8,099 people were reported to be trafficked across India in 2014. Selling or buying girls for prostitution, importing them to foreign country are the most common forms of trafficking in India. Sexual exploitation of women and children for commercial purposes takes place in various forms including brothel based prostitution, sex tourism and pornography.

Last year, the Central Bureau of Investigation unearthed a pan India human trafficking racket that had transported around 8000 Indian women to Dubai. Another report about a man who trafficked 5000 tribal kids from the poor tribal state of Jharkhand also caught the public eye.

Equally concerning are thousands of children who goes missing from some of India’s hinterlands. According to reports between 2011 and 2013 over 10,500 children were registered as missing from Chhattisgarh, one of India’s poorest tribal states. They were trafficked into domestic work or other forms of child labour in other cities of the country. Overall an estimated 13, 5,000 children are believed to be trafficked in India every year.

Not that human trafficking is a unique Indian phenomenon. The threat is the third largest source of profit for an organised crime after arms and drug trafficking involving billions of dollars annually worldwide according to surveys. Every year thousands of children go missing in South Asia the second largest and fastest growing region in the world for human trafficking after East Asia according to the United Nations Office for Drugs and Crime.

One of the pioneering strategies adopted at the conference was to set up a toll free helpline and online platform to report and track missing children. “We need to spread the message to support rescue efforts and rehabilitate victims. With the rapid advance of technology and a fast changing globalized economy new threats to children’s safety are emerging every day” said Home Minister Rajnath Singh at the Press Conference.

But the best antidote to the menace of human trafficking is a stringent law. India’s first anti trafficking law whose draft was unveiled by the centre recently – recommends tough action against domestic servant placement agencies who hustle poor children into bonded labour and prostitution. It also suggests the formation of an anti trafficking fund.

The bill also makes giving hormone shots such as oxytocin to trafficked girls to accelerate their sexual maturity and pushing them into prostitution a crime punishable with 10 years in jail. Addressing new forms of bondage – such as organised begging rings, forced prostitution and child labour are also part of the bills suggestions.

Law is other side of the story, what we have to find out is a fast solution or an initiative to stop this menace. Children are missing for a reason and the finding clears all doubt that our children are forced into prostitution to promote sex tourism. The situation is alarming if we won’t stop it now, we can’t ensure healthy future as a nation. 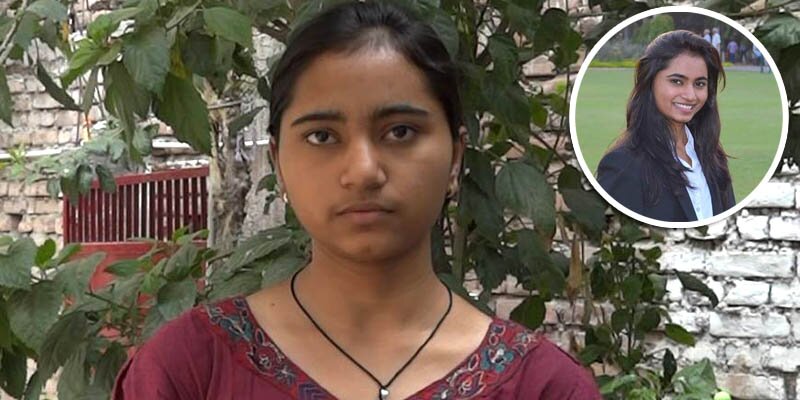