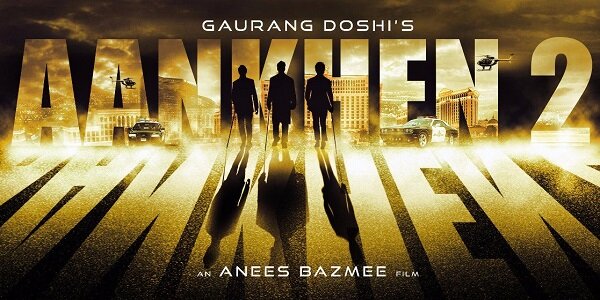 Ankhen which was released in the 2002 here again its sequel two is arriving and the star cast is finally reveled this time there is something different in the movie this time star cast are Arjun Rampal, Amitabh, Anil Kapoor , Arshad Warsi and Ileana D’Cruz , the launch of the movie had in a casino and the whole team was dressed up in a tuxedo and sexy gowns.

The night was attended by Amitabh Bachchan, who plays the negative role even in this film. His starstruck entry made the whole audience go crazy and the event was also attended by the lead heroine of the film, Regina Cassandra, the director of the former and the current film Gaurang Doshi and Anees Bazmee respectively.

Meet Brothers, who are the music directors of the film, also performed at the event. The movie is directed by Anees Bazmee, Let’s wait and watch till the movie comes with its all information.

The Jurassic World Sequel Will Be ‘Bigger’ and ‘Better’