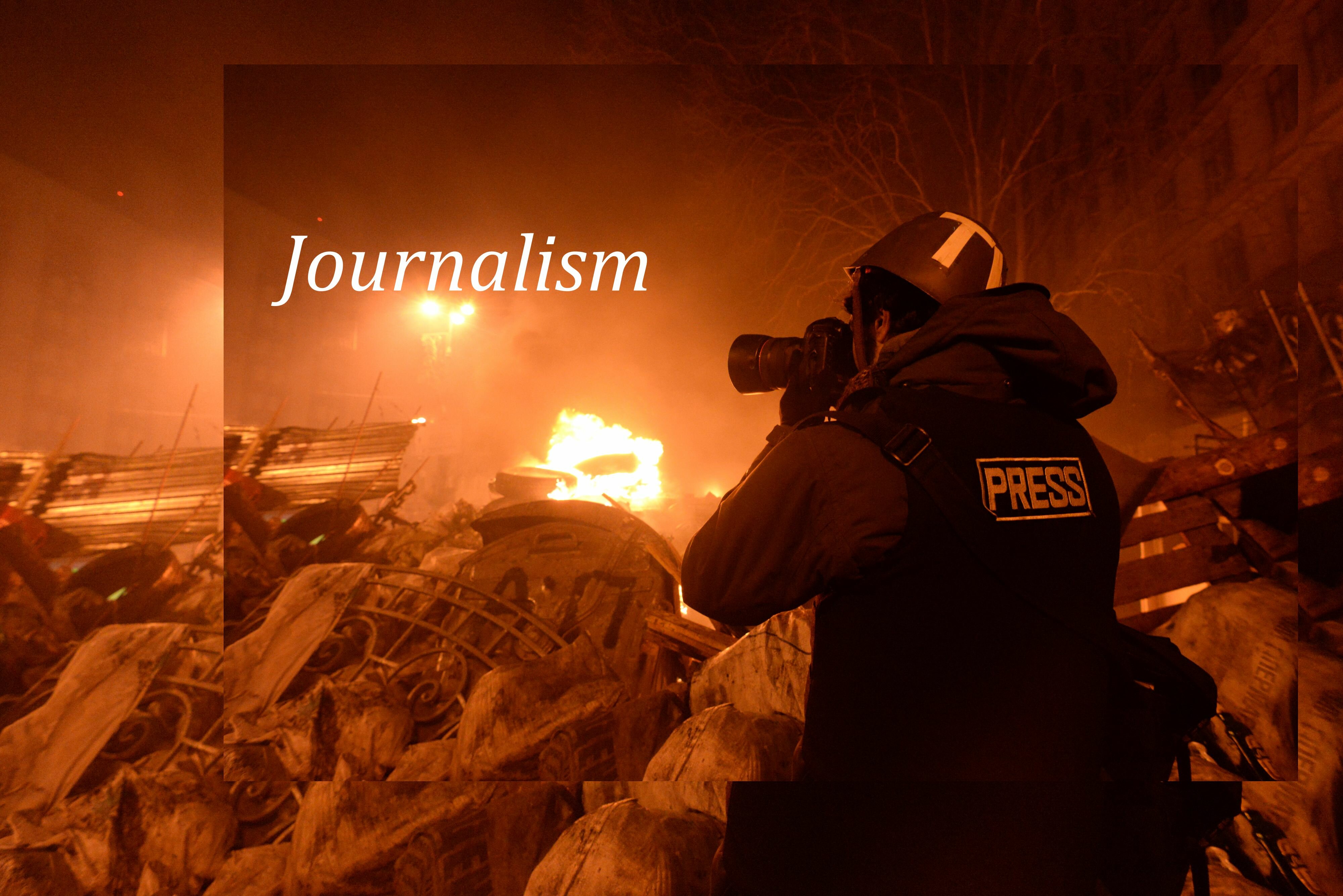 The field of journalism in very broad a person can’t explain the subject in some few words doing the course of journalism includes many things in it like Reporting, Public Relations, Multimedia, Print Media and many more. Choosing journalism as a career option is the best of all. Sometimes the word journalism and mass communication disturbs the people they begin to think that what kind of field it is, it is very dangerous as well as risky at same time. People get confused for choosing journalism as a career option. But if we take this field as an interesting way it is a lot of things we can do in it, we can achieve many things in it. It is the most knowledgeable subject compare to others. Journalism as a subject involves many things in it. You can choose print media, digital media, you can even choose reporting in different beats and anchoring as well. There is no doubt in saying that choosing journalism will bring to bad. The journalism future is very bright.

# To choose a career in ‘Journalism’ you should first have to do the best course of journalism from the best Colleges. Check the list of top journalism colleges in India which will help you to achieve a bright future ahead.

The Times School of Journalism, Delhi

The Asian College of Journalism, Chennai

#The Famous Media Persons Who Inspire You Become A Journalist

Barkha Dutt is an eminent Media personality of India. She is a popular Indian TV journalist and columnist. Barkha dutt gained popularity for her reportage of Kargil War. She has bagged many national and international awards. She is honoured with The Padma Shri Award, which is India’s fourth highest civilian honor.

Vinod Dua is one of the most widely popular names in India Media today. He has been associated with this Industry since 1974. He was awarded the Padma Shri for Journalism in 2008.  He is most prominently known for his very famous show Zaika India Ka on NDTV, in which he travels places and imparts information about the delicacies of different cities, states and countries.

Prabhu Chawla is the former editor of language publications in India Today, India’s leading weekly newsmagazine. He is currently the editor-in-cheif of The New Indian Express newspaper in India, it is a Chennai-based english newspaper.

Rajdeep Sardesai is a popular Indian journalist associated with the Industry for over 15 years. He is an eminent political commentator and news presenter. He is the Editor-in-Chief of IBN18 Network, that includes CNN-IBN, IBN-7 and IBN-Lokmat. He is the former head of the Department of Sociology at St. Xavier’s College, Mumbai.

The BBC’s chief news correspondent became one of the best-known faces on television for her reporting from major wars and conflicts including the Gulf, former Yugoslavia, Albania, Rwanda, China and Sierra Leone.

Christiane Amanpour is arguably one of the most popular faces of modern day American TV news, serving as CNN’s chief international correspondent and global affairs anchor for ABC News. Amanpour began her career as a journalist at CNN in 1983 as an entry-level assistant before working her way up to the international desk.

# Best  Movies To Watch Based On ‘Journalism’

Konkona Sen Sharma played as reporter in the movie Page 3 whose bonding was good with bollywood celebs in the movie she reports the news of their life.

The movie is another political thriller in which Nargis was seen in playing major role of UK journalist and paired opposite John Abraham.

Amrita Rao, the beautiful girl played the journalist role in the movie ‘Singh Saheb the Great’

#One should choose Journalism as Career because..

Journalism offers lots of flexibility to people looking to pursuing careers that are business-oriented in the years to come. Actually, most journalism majors go ahead into various fields like freelance reporting, marketing and public relations.

Since journalism mainly involves reporting different kinds of news in different areas of the world, it offers an important chance of travelling. In certain circumstances, journalists are required to relocate to another country to be capable of providing first hand data on the events occurring in that specific nation. Journalism is therefore a great career choice for people who enjoy travelling and meeting new people.

After completing your journalism degree and training program, you have the chance of pursuing rewarding careers like a reporter, editor, writer or media specialist in the communications industry. Graduates can also become news analysts at publications and newspapers. Those who opt to specialize in particular subjects and fields can really prosper, but competition in this industry is fierce.

#Various Options To Pick In Journalism

Reporting is the best option compare to other sides of journalism field because here you totally transform to the better person. Reporting will help you to boost your self confidence even more it will make you friendlier in nature, you come to know about how to interact with famous persons.  The person who loves travelling will sure love the job of reporting.

If a person specially boys who are interested in any kind of sports can choose sports reporting, all you have to do is that cover the live games and can take the interview of any sports person on the ground, and print in magazine, newspaper, web etc.

Business reporting also an interesting reporting you can say where you can get to meet the big tycoons of business persons.

Political Reporting is the best I because in that you get the chance to meet big politicians across the world and also you can somewhere in talks with them come to know about country’s future happenings and many more.

If you love writing than you should choose career in print media it has vast collection in it, you can be a columnist, you can write your own articles, in magazines, newspapers etc. print media is felid which will never going to end at all. Whatever if happens people will never leave reading.

And if you are a photo lover you should choose photojournalism you can take photographs related fashion, sports, crime, business, etc because a photo can say more than thousand words. So, just take camera and roll on.

Well!! here is not it all ends but there are more and many options to choose in journalism but i sum up my words here after saying and giving you many reasons why you should choose journalism as career. 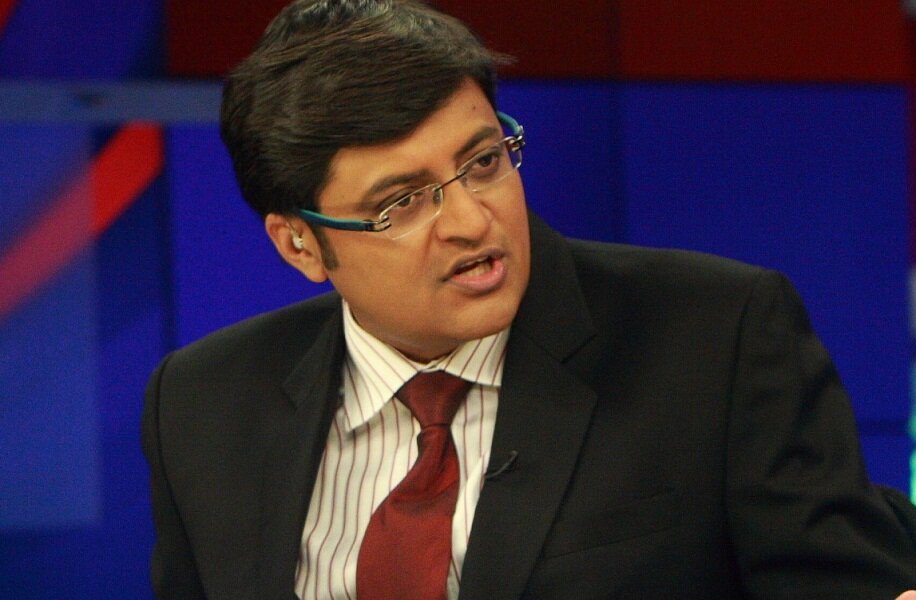 Ten Tips for Choosing a Career